London, November 12, 2018 - To coincide with the inaugural Paris Peace Forum, Action Against Hunger today launches a new international campaign, #StopHungerCrime. As the number of conflicts climbs across the globe, the international humanitarian agency denounces the rise in the use of hunger as a strategic weapon of war. To visually illustrate this message, Action Against Hunger has turned unused, confiscated bullet casings from conflict zones into 200 sets of cutlery. These brutal, unsettlingly domestic, objects are symbolic of the growing use of hunger as a relentless and indiscriminate weapon.

Following years of decline, over the last three years the number of people suffering from hunger globally has risen to 821 million3. Today, 60 percent of people who are chronically food-insecure, almost half a billion, live in countries affected by conflict4. And, as the number of conflicts has risen in the past decade, so too has the scale of conflict-related hunger; in 2017 conflict and related violence were the primary drivers of food insecurity in 18 countries5. Indeed, in countries such as Yemen, Nigeria and the Democratic Republic of Congo, hunger is directly related to conflict and is the potent result of purposeful and strategic operations; the burning of agricultural land, poisoning of wells, bombing of food markets, destruction of vital harvests and obstruction of food aid deliveries.

While conflict is a source of food insecurity and hunger, the root causes of hunger – from poverty and inequality, to forced displacement – are also responsible for driving conflict. Addressing all aspects of this vicious circle is essential to achieving sustainable peace, Zero Hunger and the Sustainable Development Goals. Officially recognising this link between conflict and hunger, and acknowledging the issue of food insecurity as a threat to peace, in May 2018 the UN Security Council adopted Resolution 2417. This unanimous adoption highlighted the urgent need to bring about a political resolution, but it is just a first step; recognition must now prompt reaction, words must now turn into action.

Action Against Hunger believes that it is time to take concrete action to break this vicious circle of conflict and hunger, by rapidly improving global governance through the action of leading states. To stimulate action from the international community, Action Against Hunger today launches its #StopHungerCrime campaign. Disruptive cutlery produced by Action Against Hunger sits at the very core of this campaign; made from unused bullet casings recently recovered from conflict zones, the knives and forks are branded with a motif that reveals their military origin and belies their familiar form.

Jean-Michel Grand, Executive Director, Action Against Hunger UK, explains: "These seemingly every-day sets of cutlery are forged from a means of inflicting pain that we’re far more familiar with hearing about from the international community; bullets. These brutal and domestic objects, familiar yet unsettlingly heavy, carry a powerful message about a largely unseen weapon that is used to cause suffering in conflicts across the world, hunger. We hope these knives and forks, ordinarily symbols of nourishment and care, help to raise public awareness of the prolific link between conflict and hunger, and to illustrate our commitment to ending this vicious circle."

Action Against Hunger hopes to promote the image of the cutlery as an icon of the fight against the weaponisation of hunger in conflict, and are encouraging the public to post images in demonstration of their solidarity. In a mark of protest, Action Against Hunger would like to encourage members of the public to post a ‘selfie’ across social media in which they are symbolically holding up a knife and fork in an ‘X’ position, and include #StopHungerCrime. The more engagement across social media platforms, the bigger the outcry, and the louder and clearer Action Against Hunger’s voice will be heard in the international debate.

A SNAPSHOT OF THREE OF THE MOST URGENT CONFLICT SITUATIONS

Yemen relies almost entirely on foreign imports for its staple goods. Before the start of the current conflict, approximately 80 - 90 per cent of the country’s food was imported, mainly via the beleaguered Red Sea port of Hodeida. The upsurge in fighting, particularly the escalation of violence around the key port, is putting the lives and health of civilians at risk on a daily basis as well as threatening the supply of fuel, food and medicine to the rest of the country.

Despite difficulties regarding access, Action Against Hunger still runs vital nutrition and health programmes in Aden, Hodeida and Hajjah, including the management of acute malnutrition, via direct food distributions and cash or food coupons. The agency is also improving access to clean water, rehabilitating water points and latrines, distributing basic hygiene kits, and providing training to Yemeni health workers.

The DRC is the country with the most internally displaced people (IDPs) in Africa. Since August 2016, a staggering 1.4 million inhabitants of Grand Kasai—which encompasses five of the DRC’s 26 provinces—have been forced from their homes, escaping violence perpetrated by a variety of militias and the Congolese government.

Action Against Hunger focuses on providing health and nutrition assistance to children suffering from severe acute malnutrition, and pregnant and lactating women. The agency also provides psychosocial support to hungry communities who have lost their last two harvests due to the on-going conflict.

In Nigeria’s Borno State, where the agricultural sector has been decimated as a result of the on-going Boko Haram Insurgency since 2009, many vulnerable civilians are facing acute food insecurity.

In response, Action Against Hunger has implemented a ‘Porridge Mums’ programme, which allows women to meet, learn and discuss issues related to improving child management and feeding practices. Such activities are essential for vulnerable populations, often forced to flee violence leaving their crops and resources behind.

Porridge Mum groups ensure that children under five, and pregnant or breastfeeding women, receive an additional nutritious meal every day. The groups also provide a strong foundation for the promotion of optimal infant and young child feeding practices, providing support for breastfeeding and regular malnutrition screenings for children under five. 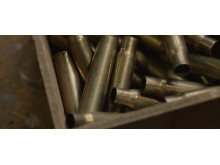 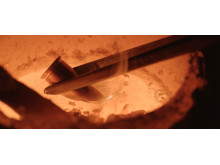 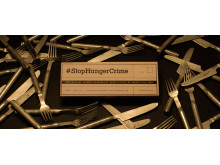 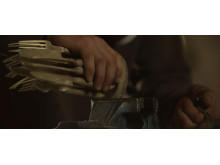 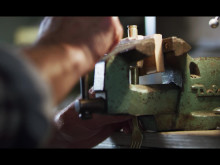