LONDON, 20 February, 2019: This year, every A Certain Ratio concert ticket sold on the bands' 40th Anniversary tour will provide a donation towards the life-saving work of Action Against Hunger through their MealTickets campaign.

A Certain Ratio’s Martin Moscrop said: “It’s heart-breaking when you see the effects that hunger has on the lives of children living in conflict areas and natural disaster zones, and we wanted to do something to help.

“We are honoured to be able to connect with our fans through the MealTickets campaign and support the incredible work of Action Against Hunger by doing something we love.”

A Certain Ratio will also celebrate with the release of a full box set, called ACR:BOX which is released on Mute Records on 3rd May this year.

Jean-Michel Grand, Action Against Hunger UK’s chief executive, added: “We welcome the continued support of our MealTickets campaign by established artists such as A Certain Ratio. The simple concept of donations on concert tickets could change the future for millions of children. More than 3.1 million children die every year from malnutrition but music fans can help change this horrifying statistic.”

Action Against Hunger is now looking for further musicians to follow in the footsteps of A Certain Ratio and sign up to support MealTickets to ensure even more malnourished children get the life-saving treatment they need. 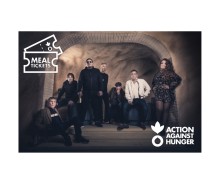 Happy Mondays are supporting an exciting new partnership between the live music industry and international humanitarian charity Action Against Hunger. 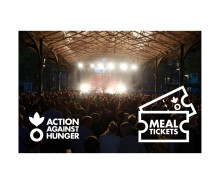