“Although the number of people with acute hunger has reduced slightly compared to a year ago - 113 million compared to 124 million - we cannot lower our guard or deny the evidence which shows that violence is today the main cause of acute hunger in the world today”, explains Manuel Sánchez-Montero, director of advocacy and institutional relations at Action Against Hunger.

“Although these are often complex or entrenched conflicts, the international community must not limit itself to appealing to a peaceful solution, and we believe it is urgent to build and consolidate an objective and rigorous mechanism of information that demonstrates the direct causes and impact of food crises.”

This mechanism should trigger a response at three levels:

• Financial and programmatic based on needs that protect lives and livelihoods;
• Political to help stop conflicts that lead to acute hunger;
• Structural to promote the governance of hunger, with investments in policies and preventive programs to
reach affected populations, and measures to reduce inequality between women and men.

"The role of humanitarian organisations on the ground is not only to alleviate the hunger caused by conflicts, but also to invest in food production systems that can ease conflicts and tensions, for example between the farming and nomadic livestock populations in Sahelian zones ", says Sánchez-Montero.

“Reducing tensions linked to increasingly scarce resources, promoting effective public policies to ensure access to basic services, and strengthening the social contract between different population groups are key hunger prevention: when people meet their needs within the system, they do not seek solutions outside it,” he adds.

“Action Against Hunger believes that preventive investment in food production systems is an effective way to develop Resolution 2417 of the United Nations Security Council, approved in May 2018, which seeks to break the links between war and hunger.” 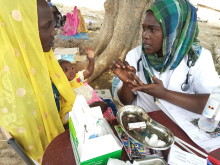 DOZENS KILLED IN EXPLOSIONS OUTSIDE OF HODEIDAH’S MAIN HOSPITAL 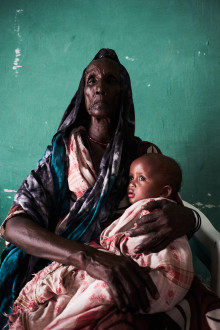